Originally chartered on May 20 1943, “Victory” Lodge 1710 was located in Fort William Ontario.

On January 1, 1946, Local Lodge 1710 was merged into Local Lodge 112o and represented Fort William and Port Arthur. It was at this time the Lodge became 1120 and went by the name “Garage Employees”.

The Lodge took its present form on January 20, 1975, following the 1970 amalgamation of Fort William and Port Arthur when it became the City of Thunder Bay. It retained the Lodge 1120, although the Lodge nickname was changed to “Thunder Bay”.

Local Lodge 1120 is affiliated with the IAMAW (International Association of Machinist and Aerospace Workers Union).  We represent Northern Ontario members in various fields of work. We negotiate contracts or “Collective Agreements” with employers for better wages, guaranteed hours of work, pensions and benefits just to name a few. Our office is located at 1200 Walsh St. W in Thunder Bay. 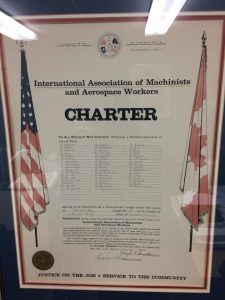 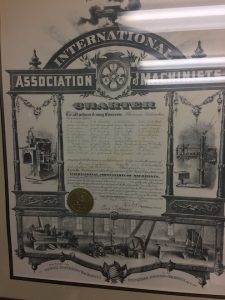 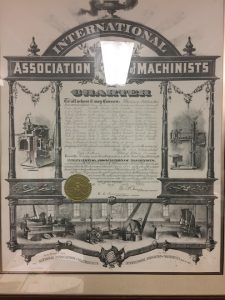 News from the CLC